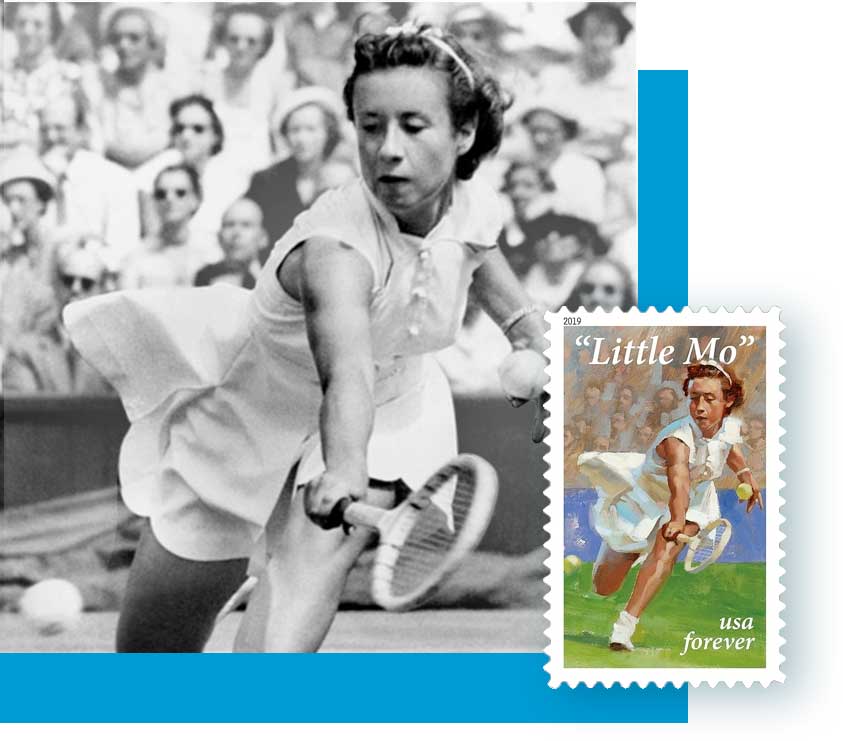 The "Little Mo" tournaments are hosted by MCB in honor of tennis champion Maureen Connolly. Known by her nickname "Little Mo", she was the first woman to win the calendar Grand Slam in 1953. She is still the only American woman and the youngest at age 18 to have accomplished this magnificent feat.

For over 50 years, MCB has organized tennis tournaments annually, presented many notable awards, and given support to many junior tennis players and organizations.

Join us for outstanding competition, new friendships,
and most of all, fun.

Named in memory of tennis champion Maureen "Little Mo" Connolly, the "Little Mo" circuit of tournaments is the premier challenge for juniors ages 8-12 to compete against other tennis players who are the same age at the regional, national, and international level.

The "Little Mo" Tournaments are one of the most important and prestigious junior tennis tournaments in the world, consistently attracting the most gifted tennis players. Each year over 3,000 players from the US and more than 50 countries play in the "Little Mo" Regional, National and International tournaments. 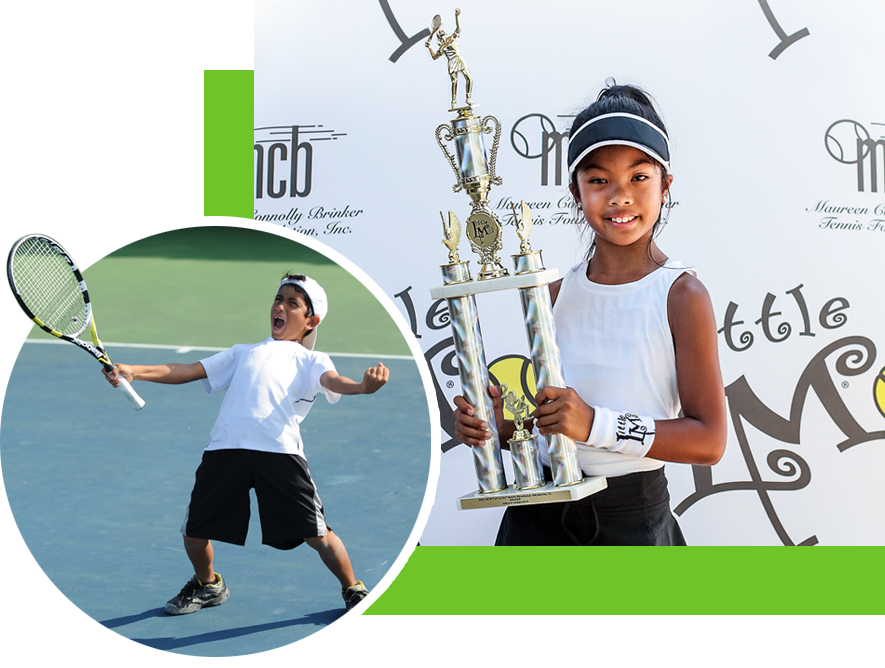 One of a Kind

Where you play your own birth year. You also win large trophies.

The "Little Mo" Internationals are for ages 8-16. You meet players from all over the world.

Many current collegiate athletes and pros played in the "Little Mo" Tournaments.

Join us for great tennis, a Player Party, new friendships, and “Mo” Coins for prizes.

At “Little Mo” we present Sportsmanship Awards. Emphasis is on fair play and good character.

MCB Tennis Foundation has promoted the development of junior tennis for over 50 years.

What junior tournaments should be.

The Little Mo tournament has become the highlight of our year and somewhat of a family tradition over the past few years. The Little Mo tournaments are an example of what junior tennis should be. The emphasis on sportsmanship, respect, and the dignity of the game of tennis is what sets your tournaments apart from the rest. Our family very much appreciates what your organization is doing to raise the bar of junior tennis.

A lasting impression on our whole family.

With all his accomplishments so far, he holds the "Little Mo" days above any tournament. The experience not only paved the way for his love of the game but the friendships he made during those days will last him his lifetime.

Once in a lifetime experience.

I wanted to send you my warm congratulations on organizing such a fine tournament which allowed Jonathan to play such great players from around the world. This has, without doubt, been a 'once in a lifetime' experience for us both. Jonathan delighted in playing such talented kids and I loved to watch the great standard of play and sportsmanship by the competitors.

I remember the "Little Mo" being my first BIG tournament! I had many long three-set battles with guys I still keep in touch with today....and although I never won the "Little Mo", it helped me realize how much I love this game and helped me stay motivated to keep playing and improving. I could not have asked for a better childhood and it all started with the "Little Mo".

Luke and Landon had a GREAT time this weekend at Little Mo. Luke loved the opportunity to sing at Opening Ceremonies and Landon couldn't have enjoyed the entire experience more. To play such talented boys his age was truly priceless and made a lasting impression. The tournament, from Sectionals to Nationals, has offered my family much joy and we cannot wait for next year!

Our friends have mentioned that the experiences that their children had shared at the Little Mo circuit were priceless to their young adolescent development. I can honestly say that the time that my family spent at Morgan's Run this past weekend surpassed all of my expectations. The quality of jr tennis was good but what sticks out and is more important to me was how the children interacted off the court. It was really nice seeing new long-lasting friendships be made.

We work with organizations and individuals whose philanthropic support facilitates and
empowers the Maureen Connolly Brinker Tennis Foundation’s efforts to promote
the development of junior tennis worldwide.

Sign up to receive the “Little Mo” newsletter
direct to your inbox.